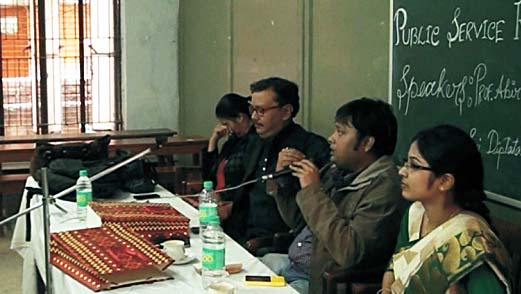 UGC-sponsored seminar on ‘Media Economics and Politics in Post- Globalization India’, was organized jointly by the Departments of Economics, Political Science, Journalism and Mass Communication, Gurudas College in collaboration with Calcutta Research Group on 22nd and 23rd September 2016 Dr. Anuja Bagchi was one of the Convenors of the seminar.